Do you have a Bunion on Your Foot? Whether or not it is causing you problems, don’t ignore the consequences: it should be addressed as soon as possible to limit the negative repercussions on other joints and especially on the knee. 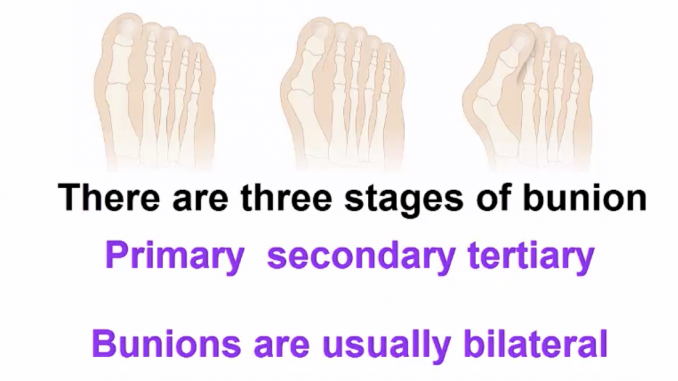 The answer to the question of ‘what causes a bunion’ is quite complex. A patient’s biomechanics including hereditary factors are the main reasons for the development of a bunion, however, tight fitting shoes can often aggravate the condition during its development.
In addition to the common Big Toe Bunion there is an alternate bunion known as a ‘Tailor’s bunion’, which is also described as a ‘bunionette’, a condition caused as a result of inflammation of the little toe.

1.Primary Stage:
usually occurs from adolescents up to the age of 25 years.
A primary stage bunion presents as a slight bump.

2. Secondary Stage; occurs generally at between the ages of 25 and 55 years. The big toe leans in towards the second toe causing pressure on it. Hard skin may develop and the bunion becomes tender due to rubbing on footwear.

3. Tertiary Stage: If this situation is not controlled with orthotic therapy or any other product to prevent the condition from progressing further, the bunion will eventually move into the Tertiary Stage. In the tertiary stage of Hallux Abducto Valgus an overlap-ping of the big toe occurs either above or below the second toe. As this takes place the patient’s shoes become difficult to wear, and find it hard to find shoes to accommodate.

There are many ways to slow the speed of the bunion developing any further, we have a few suggestions; 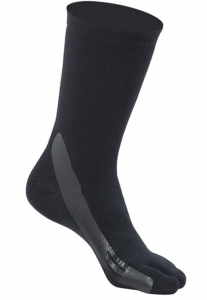 Hallus Valgus Sock
Toed socks with an integrated elastic tension strap for remedying the bunion. The therapy objective is to correct the big toe alignment so that the movement of the joint is again physiologically correct. This reduces pain and prevents the development of osteoarthritis in the big toe basic joint. The sock can be preventively worn when a bunion begins to develop. In addition, the corrective sock also has a high postoperative therapeutic effect. An integrated elastic strap pulls the big toe into the correct position. 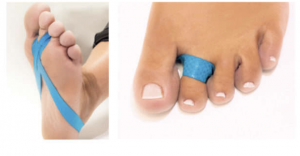 Taping loops are worn under the socks and almost all shoes to correct a foot bunion and hammer toes. Wear for one hour to begin with and increase to 8 hours as it takes time for the joint structures to get used to the loop. 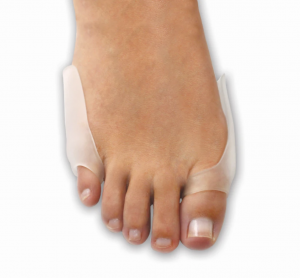 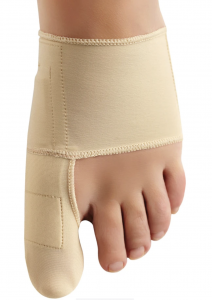 This is the purpose of the bunion corrector orthotic, achieved by realigning the big toe! Unlike a traditional bunion splint, it is for use during the day. Which results in a greater support and relief from the pain, where already present, caused by hallux valgus. This orthotic can be used as a treatment, but also as a form of prevention to limit the progression of hallux valgus by correcting the positioning of the big toe.